By Shelby Switzer in API Industry Trends Posted May 7, 2019

The healthcare interoperability landscape has been changing rapidly since 2014. While five years may seem like an age in other industries, and spectators from those industries might view “rapidly” as an overstatement, this is a brisk pace for an industry whose major players include forty-year old software vendors and the federal government.

A combination of advancement in standards and tooling, forward-thinking legislation, and outside startups eager to get a slice of the $3 trillion pie have ushered in a new era of API-first methodologies, transparency, and open standards.

FHIR is the poster-child of interoperability in healthcare and indeed is increasingly making an appearance in the marketing and documentation of major healthcare software vendors. The entrenched vendors in the healthcare technology space, however, would have little reason to support FHIR or interoperability at all, if not for recent legislation.

In 2015, the Office of the National Coordinator for Health Information Technology (ONC) mandated that APIs be a requirement of certified healthcare IT systems. Just a year later, the 21st Century Cures Act included specific provisions to protect and support interoperability of healthcare technology. Companies that provide over 90% of electronic health records have made the “Interoperability Pledge,” committing to enabling simple consumer access to their own electronic health information and implementing interoperability standards.

Now, as of February 2019, the ONC and the Centers for Medicare and Medicaid Services (CMS) have proposed new rules that explicitly require standards-based APIs. 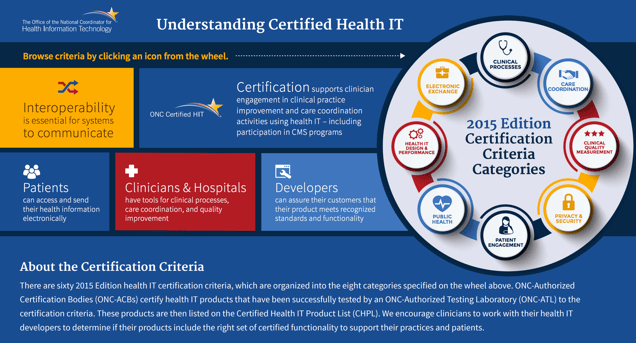 It should be telling that a new rule requiring standards-based APIs is necessary despite previous legislation and the widely touted Interoperability Pledge. For those of us on the ground, integrating with EHRs is still a long, demanding process that includes VPNs with on-prem legacy systems and high levels of customization per interface and data feed.

The adoption of an API-first approach amongst the EHRs, who are the gatekeepers of electronic health information, has been slow going. Rather than fully opening up APIs, some EHR vendors have gone the route of app stores or app exchanges. Epic’s App Orchard and Cerner’s App Gallery, for example, showcase applications that have been developed against their APIs that purportedly follow FHIR standards, although the pricing of such a partnership is often opaque or beyond the budget of many startups.

Startups are not an insignificant player in all of this. A key concept in both the value-based care movement and Meaningful Use Act is improving patient care and the underlying belief that innovation is necessary to do this. By opening up the electronic health record ecosystem via interoperability, that same ecosystem is opened up to innovation, from startups as well as established companies previously focused on other industries.

This new blood brings new expectations. Software developers used to working at SaaS companies expect modern APIs from the systems they integrate with, and at a minimum this means well documented APIs using JSON over HTTPS. Furthermore, when building integrations, they have a product mentality and expect to maintain a relatively agile product development process.

The reality they face once they begin their first EHR integration often induces culture shock: instead of developing products, they embark on month-long projects transferring data as flat files or HL7, an EDI-like standard that is implemented with such variety that the word “standard” can feel like a misnomer. The hope is that the increased adoption of FHIR and the availability of documented APIs, albeit via app stores, will gradually change this reality. 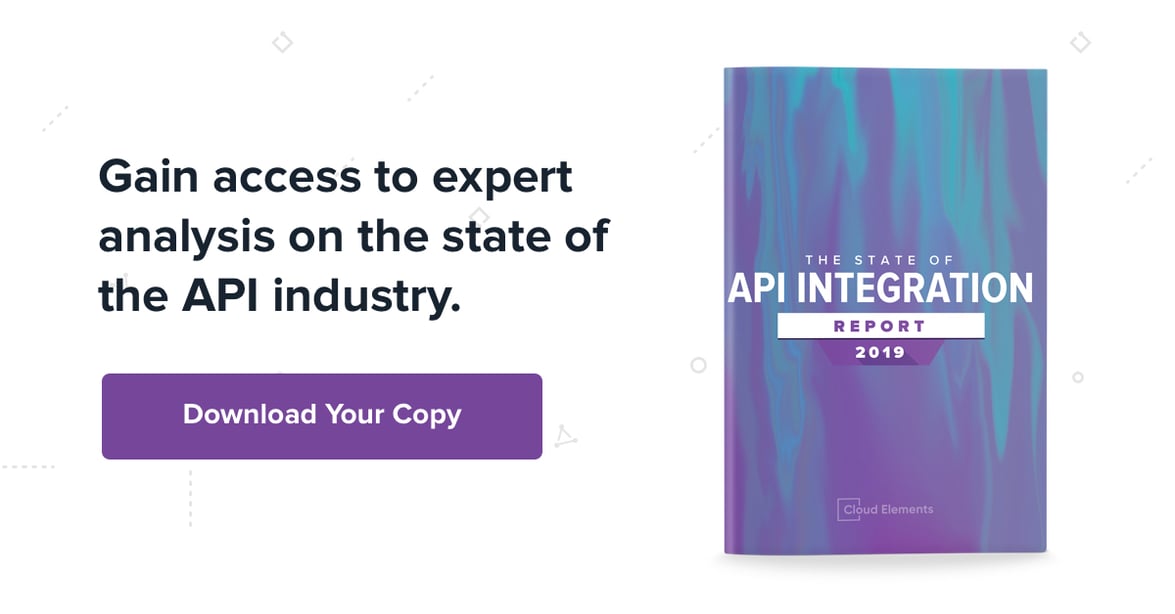 In the meantime, the need for better interfaces and developer tools for a modern cloud-based world has ensured that API tooling companies such as API management layers and interface engines have a seat at the healthcare technology table.

Companies like Redox and PokitDok speak the same language as web developers and offer a standardized data model and JSON API along with open API documentation and tooling as well as expertise and education to help developers build healthcare integrations more quickly. These companies have the opportunity to help shape the standards that evolve and become valuable pieces of healthcare technology infrastructure.

Interestingly, the federal government also plays an important role in shaping the industry not just through legislation but through implementation. Software projects at CMS such as the Blue Button 2.0 API, which uses FHIR and OAuth 2 to enable Medicare beneficiaries to access and connect claims data to authorized applications, services, and research programs, set forth a model for the industry that companies in the private sector must follow if they are to work with government – which, in healthcare, they must.

This spells good news for open standards like FHIR and OAuth and best integration practices like HTTP APIs: these methodologies will more likely proliferate through implementation rather than mandate.

We’re still a long way from a world where EHR vendors can boast truly open and interoperable APIs and where healthcare tech companies can focus on building impactful, integrated products rather than one-off, burdensome projects with individual health systems or health organizations. However, the recent shifts in the industry have been seismic in scale and impact, and over the next five years, changes will become even faster and more frequent. The digital transformation of healthcare tech into a modern API-first industry has begun.

To dig deeper into API trends, best practices, and learn what's next for the integration industry, download the 2019 State of API Integration Report below.

About the Author, Shelby Switzer:
Technologist, public speaker, and veteran nomad, Shelby has dedicated herself to community work and technology activism across four continents. She is obsessed with APIs, semantics, and connectivity, and has led API design, development, and consumption projects in a variety of industries, from citizen engagement to the Internet of Things. Most recently she led the integrations team at Healthify, a software company bridging the gap between healthcare and social services. She now consults on API architecture, healthcare integrations, and civic technology, co-organizes REST Fest, and examines the intersection of public infrastructure and technology on her blog, www.civicunrest.com